I’ve just come back from an amazing week in Corralejo, a small town located on the northern side of Fuerteventura, one of the Canary Islands.

Stef and I decided months ago to go there for a week, not on vacation: we planned to go on with our classic routines—work, workout, etc.—while also enjoying beaches, nice bars and coffee shops on the waterfront, and a warm, sunny weather. Sounds great, right?

We definitely weren’t disappointed when we left. Everything went exactly as planned, with a lot of pics taken (like this one here 👇) and several remarkable meals.

In this blog post about my experience in the Canary Islands I’m going to share with you three good drinks I had a chance to try in three different bars and restaurants in Corralejo. 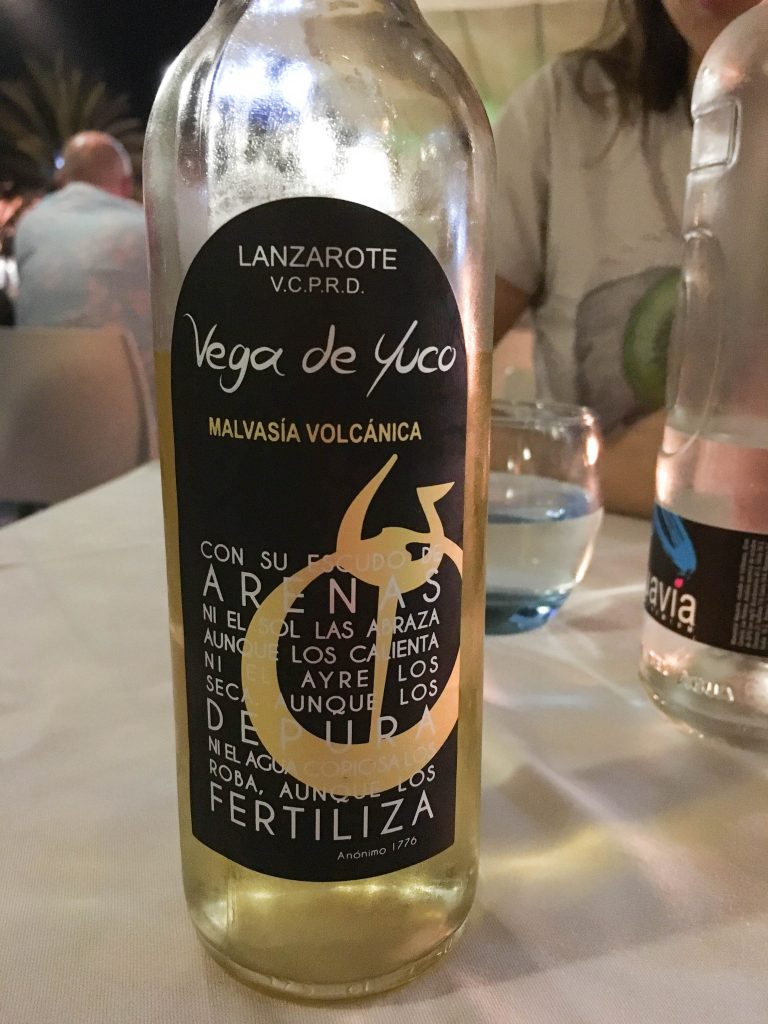 It’s made with malvasia, a group of ancient wine grape varieties grown in the Mediterranean region, but also on the Canary Island and in Madeira, and now also in many other winemaking regions of the world. This one comes from Lanzarote, which is another Canary Island, just north of Fuerteventura.

It’s a white dry wine, perfect with fish and seafood, which I had two out of the three times we went to this restaurant—it paired perfectly with a mixed fish/seafood grill (parrillada de pescado y marisco), and a glorious seafood stew. 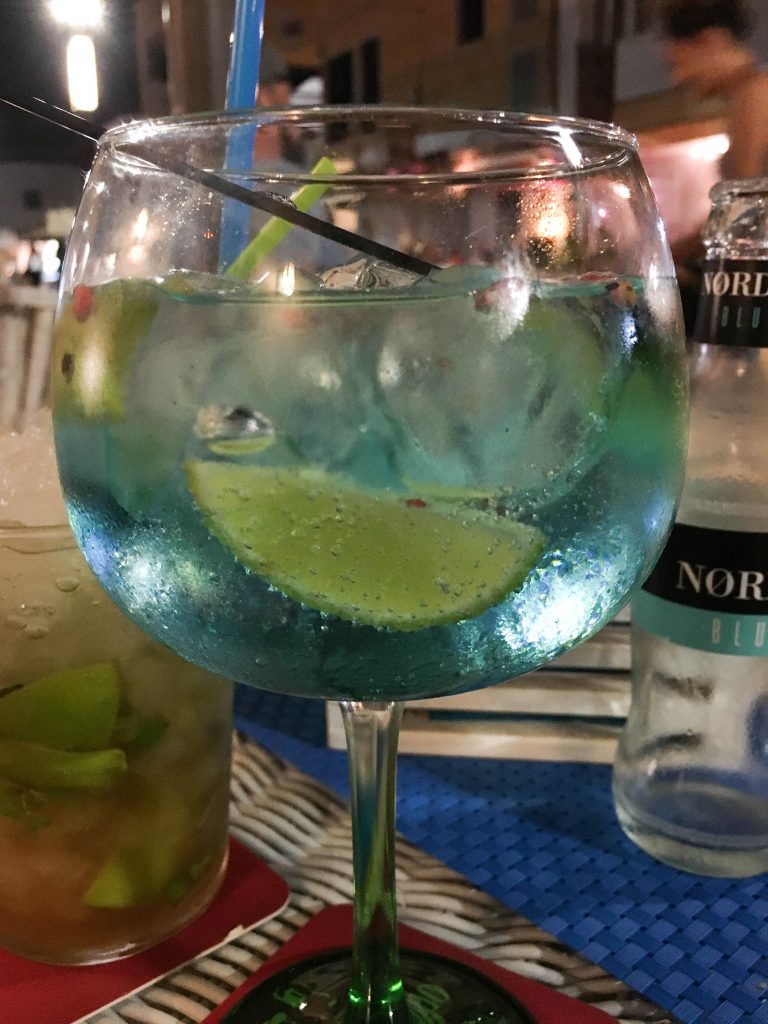 Corralejo is a rather international environment—it’s full of British, German, and Italian tourists and migrants, so whilst it has its own local drinks (Ron Miel!), it’s also easy to find all the cocktails you’d find anywhere else in the world.

One night was particularly warmer than the others—temperature drops quite a bit in Fuerteventura during autumn—so I decided to go for a gin & tonic. I just didn’t want the usual, uninspired Bombay + Schweppes and lemon, so I got this Tanqueray with Nordic Blue tonic water, with lime and pink peppercorns.

Look at that blue G&T, a real eye catcher. 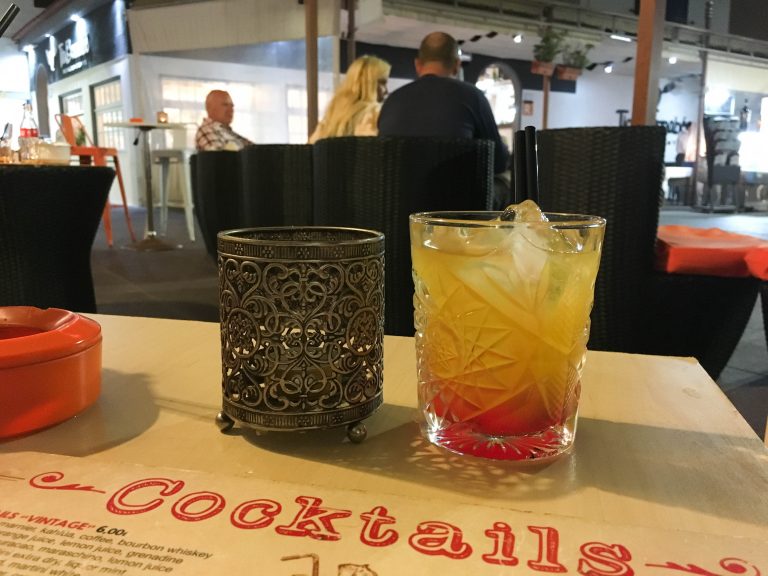 They have a list of cocktails named after movie celebrities, and I decided to go for this John Wayne, which was listed under the “vintage” list in their menu. Whisky, orange juice, lemon juice, and grenadine.

I asked for my whisky to be a Talisker, but I should have probably had another one of these during the week with an unpeated whisky to appreciate the idea behind it—I highly doubt they would have brought it to me with a Talisker or any scotch from Islay.

One of the things I love the most about Corralejo is that it’s aiming at hosting a lot of international people, whether tourists or people who decided to start over with their lives (a lot of Italians managing properties, British retirees, etc.), while at the same time preserving its identity. This is also possible thanks to its typical food & drink offering. Yes, there are quite a few British pubs and Italian restaurants around, and I bet that if I stayed for a longer period I would have gone there too.

We had a fantastic time in Corralejo, mostly for the weather—they seem to live in this sort of eternal late-August if you take the Mediterranean region as a reference—but also eating and drinking at a few places. I hope this post gives you just some reasons of why you should go to Corralejo during the European winter.

Start looking for an accommodation in Corralejo through this link. There’s a £25 credit for you if it’s your first booking on Airbnb!