So far I’ve used this site mainly to display the drink I’m having in a given moment. Time to step up and do some proper write ups, especially since I’m privileged enough to travel and therefore try local, obscure things fairly often.

Last October I went to Italy for the annual Human Made company retreat. This year it was in Petritoli, in the Marche region—central Italy, on the East coast, although the village itself was on the Apennines.

To make things more interesting (and also because trains, you know), I decided to fly from London to Turin (North-West of the country). I had dinner there with friends and colleagues, then I took a high-speed train to Bologna, and finally an Inter-City train (one of the slowest categories of train in the Italian railway network) from Bologna to Porto San Giorgio-Fermo, the closest train station to Petritoli.

As if it weren’t enough, during our stay in Petritoli I had to rent a car and spend slightly less than 24 hours in Bari, my hometown, which is 400 km South of Petritoli. Sad, unfortunately unmissable event.

We’re talking about Italy, so lots of goodness here.

Delicious red wine from the Piedmont region, which I had in a restaurant in Turin. 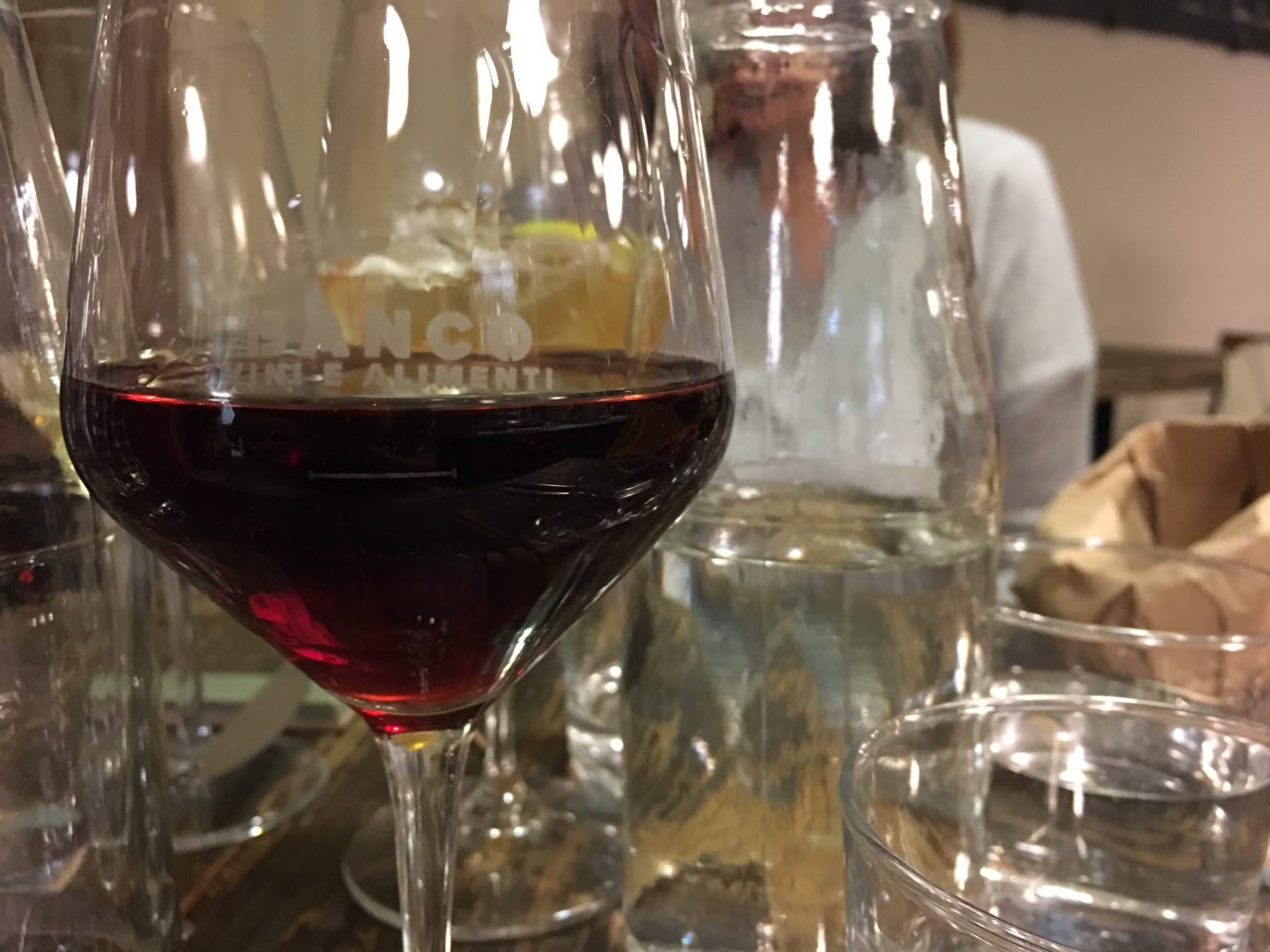 Apparently Turinese people call it "a wine for women." Now, I don’t know if it’s true that women like the Grignolino more than men do, but I’ve got a theory.

Wine in Italy is historically associated to men drinking together in canteens, local bars and similar establishments, and whilst contemporary Italian women aren’t stranger to the pleasure that a glass of wine can offer, the belief that women’s tolerance to alcohol is lower than men is maybe still strong, therefore a lighter, fruitier wine like the Grignolino becomes associated to women.

Again, just a theory, so I’d be happy to be challenged in the comment section.

During the Human Made retreat we had the chance to visit Cantina La Canosa and try some of their local wines. 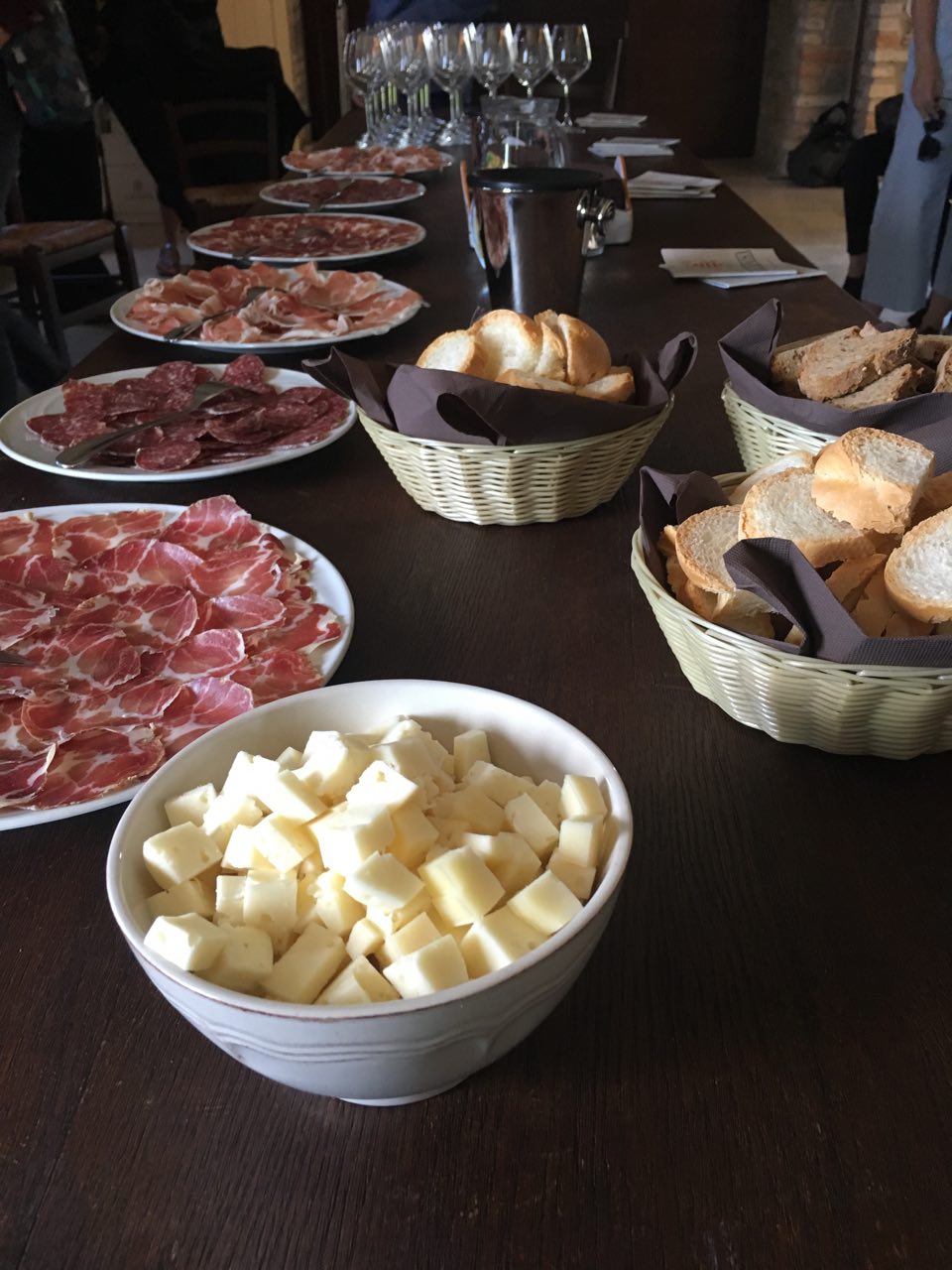 Although it was labelled as wine tasting, we actually had a pretty good wine drinking session! We had at least one decently sized glass per bottle, from four bottles: a white, a rosé, and two reds.

I usually don’t enjoy whites and rosés, but I can appreciate quality when there is quality, and those two wines were very good. I don’t remember the name of the first of the two reds, but the second one, the Musé, is still in my mind.

Made with Montepulciano grapes (100%), it was an elegant, beautiful, sophisticated red wine.

During a marvellous cheese testing session at the Fontegranne farm in Belmonte Piceno we had this delicious Passerina:

Passerina is a local white grape cultivar from Marche, whose origins are still uncertain. It must be grown in the administrative territory of the provinces of Ancona, Ascoli Piceno, Fermo, Macerata and Pesaro Urbino in Marche Region to produce wine with the right certifications—check out the Passerina Wine website to know more.

Here’s a full picture of the cheese tasting I took, that was re-distributed from the Marche tourism Twitter account… it was heaven on earth:

Not many—I tried a Bitrex IPA from Soralama, IBU 60, rather pleasant and hoppy—Their website says they’ve used hops from US and New Zealand. Soralama is a brewery from Vaie, in Val di Susa, in the province of Turin. 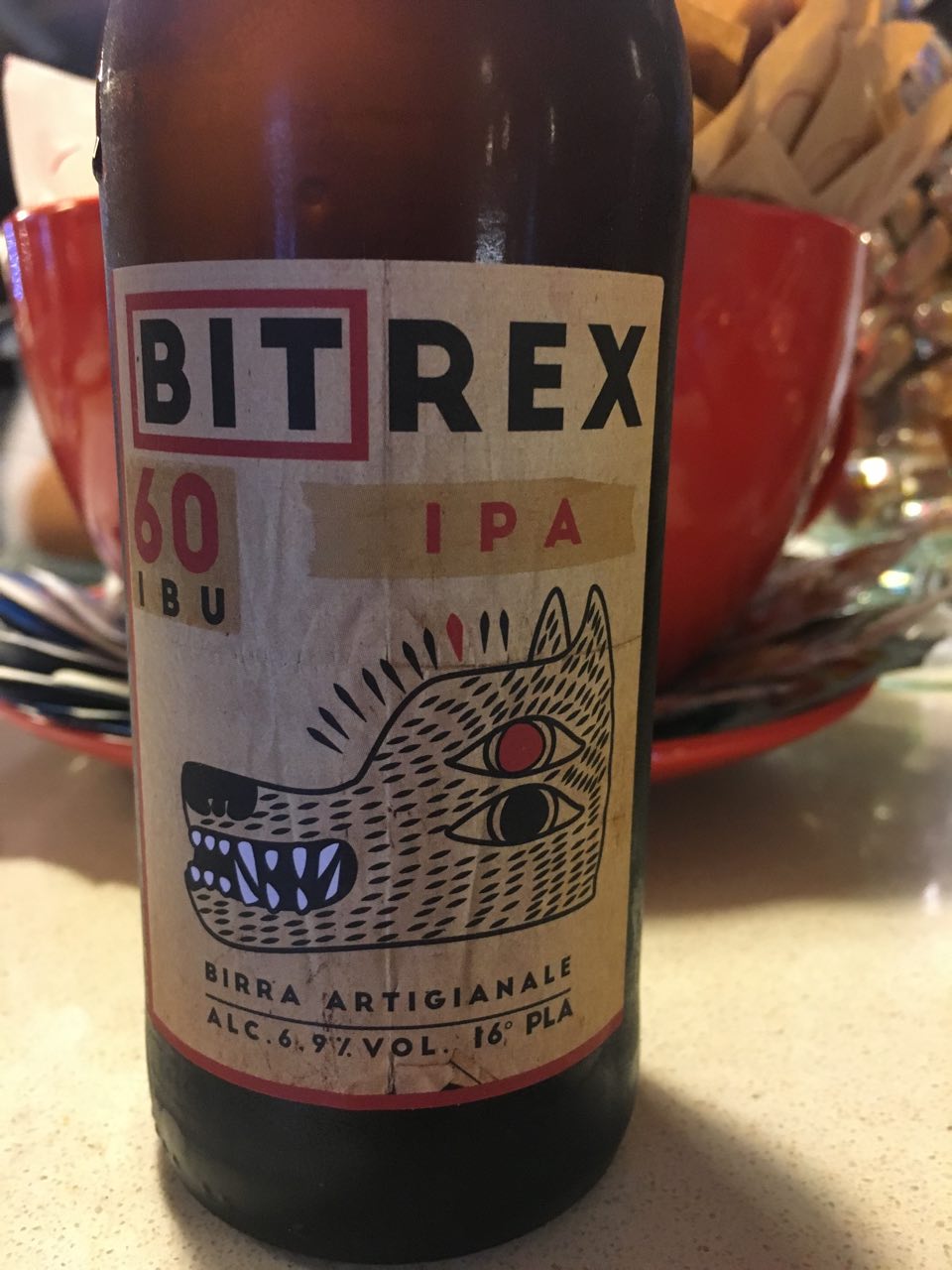 A note here: as you might know, Italy hasn’t exactly remained kept out from the craft beer trend, and although many non-Italians only associate Italian beer to Peroni (especially in the UK), there are a lot of superb beers across the whole country.

Not a trip for cocktails, but I’m definitely happy with the ones I’ve had.

A custom Rob Roy—which is a Manhattan with Scotch whisky instead of bourbon. The Smoked Aged Flower had two whiskies: Ardbeg and Talisker. 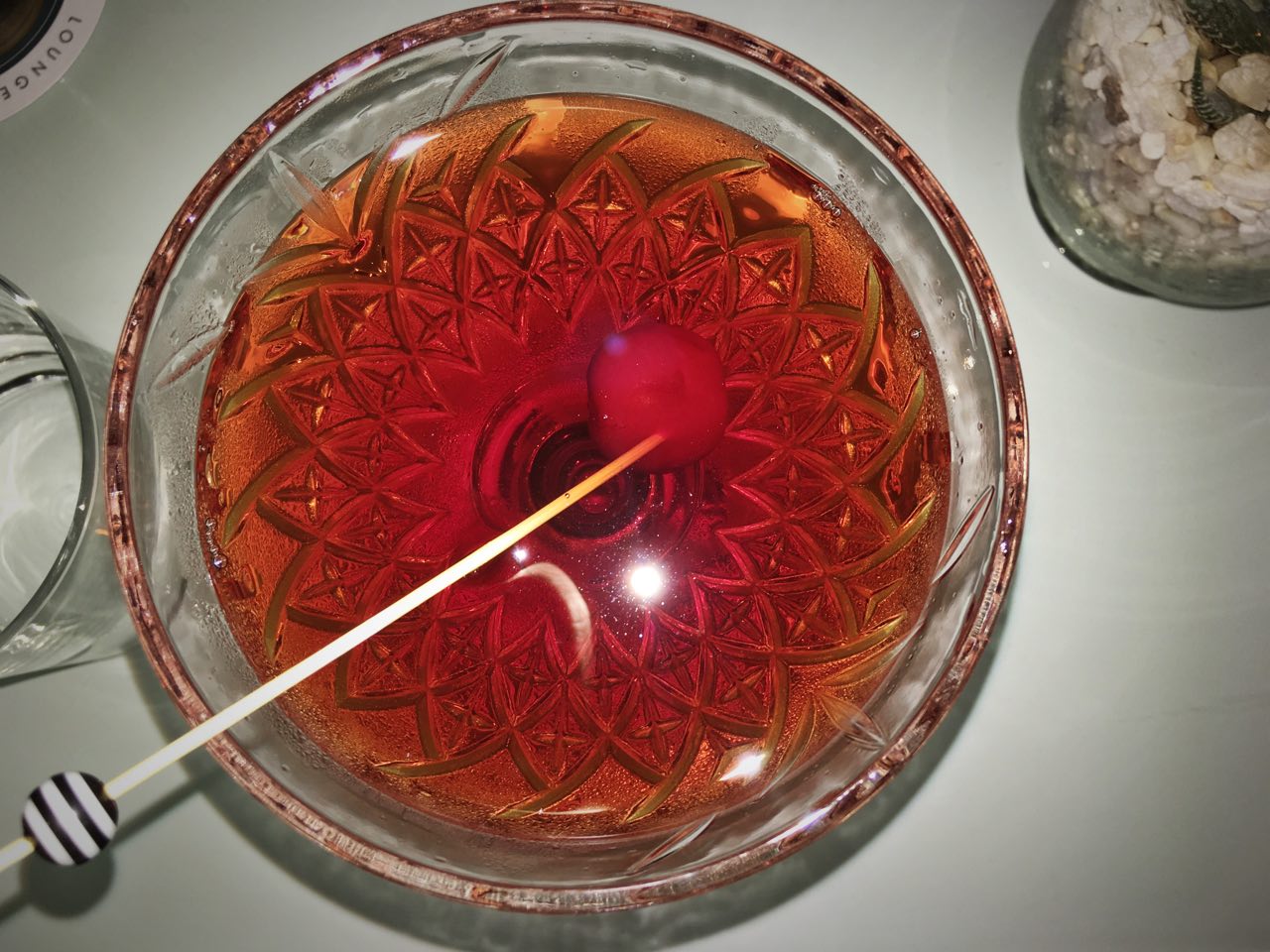 I love me a good Rob Roy, I make it myself quite often with the Antica Formula vermouth and normally just a blended scotch like the Johnnie Walker Black Label—not because I like it (I really don’t, if you ask me), but because I’ve always been afraid that the peat would be overpowering. Bear in mind, I’ve never been a professional bartender, I’m just a guy who likes drinking the good stuff from time to time, and in fact I was wrong: peaty whiskies do work in the Rob Roy.

I’ll try replicate it with one of my peaty whiskies—I do have both the Ardbeg (standard 10 years old) and the majestic Talisker Dark Storm (a no-age travel-retail only edition), I might try with just one and then work out a combo of scotch.

Not sure this is in the right category, but I suppose if we have two liquid element who get mixed somehow you have a cocktail, am I right?

Caffè corretto kind of became the official treat of the Human Made retreat, with multiple people asking for it at the two Petritolian bars we’ve been—Bar Tre Archi and Antico Bar Comunale.

I introduced the rest of the Human Made team to caffè corretto last year with my flash talk "How to drink like an Italian" (I might actually do a post about this at some point…). Caffè corretto is basically a shot of espresso mixed with a shot of liqueur. The liqueur used varies according to region and personal taste—it works well with whiskies/whiskeys, rums, and other international hard liqueurs, but in Marche they normally use mistrà, the local anisette-flavoured liqueur I’m going to talk about in a bit.

Served typically as a post-meal digestive, liqueurs have a central place in this region’s culture.

It’s a aniseed-based liqueur, very dry—so quite different from sambuca. It’s ideal with espresso, and some people use it to flavour water too. The most popular in the local bars and shops was the Varnelli.

A grappa is a grape-based pomace brandy of Italian origin that contains 35 to 60 percent alcohol by volume. It’s impossible to say which grappa we’ve had—pretty sure the Diciotto Lune and some other.