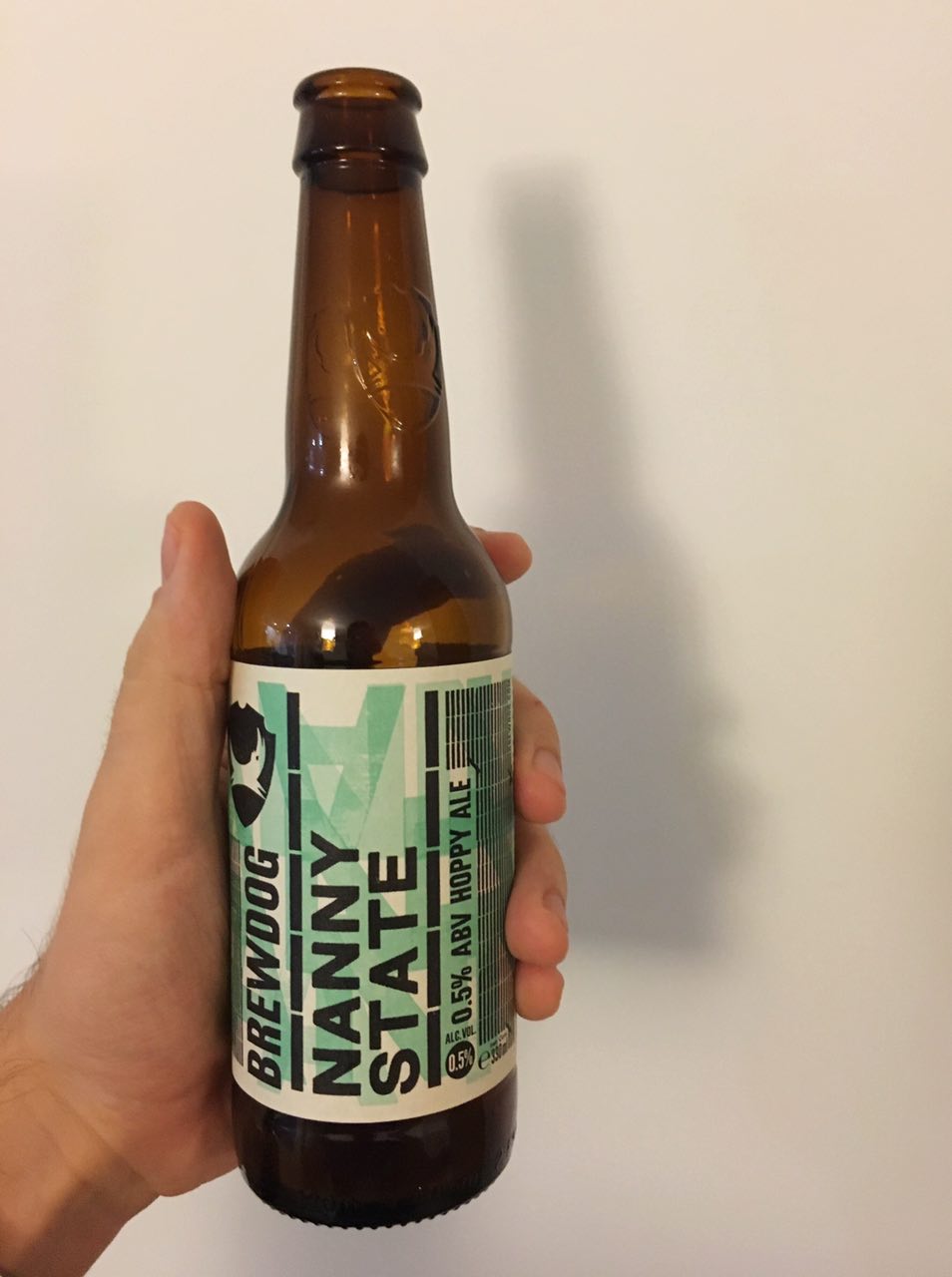 Yes, it’s a 0.5% ABV beer. I hadn’t tried it yet because of two reasons. First, all the low-alcohol beers I’ve had—not that I’ve had many—have been pretty much on the disgusting side; second, I’ve only found it in pack of 4 or 6 so far, and getting more than one beer when you’re not sure you’re going to like it didn’t seem smart.

Today I’ve found one bottle at Sainsbury’s and decided to give it a go. The smell and taste is distinctively BrewDog—it has five different hops: Centennial, Amarillo, Columbus, Cascade and Simcoe—and the lack of alcohol disappoints only at the first sips. It very soon becomes a distinct drink with its own character and pairs surprisingly well with a steak.

This is the first low-alcohol beer I’d love to buy again. If I could just find a decaf coffee that I like as much as a decent regular cup of joe… 😎